I’m thrilled to see that Mulholland Books has reissued such a sizable chunk of the Jim Thompson oeuvre. The time is ripe for a new generation to discover this “Dimestore Dostoyevsky,” as noir scholar Geoffrey O’Brien dubbed him in the afterward to Black Lizard’s 1986 edition of After Dark, My Sweet. The Vintage arm of Random House sensed that Barry Gifford and company were onto something and snatched up the Black Lizard imprint. 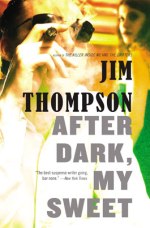 Vintage subsequently made quite a few Thompson novels available in the more aesthetically pleasing trade paperback format. Still, those books came out over twenty years ago and can be hard to find. Sadly too, Vintage quit digging so deep into the catalogue of forgotten writers like David Goodis and Harry Whittington and used their version of Black Lizard mostly to produce new editions of Chandler and Hammett who are formidable talents of course but who had already been readily available.

As I argued in my own Master’s thesis a few years back, Thompson still deserves a much larger audience than he’s ever managed to attract in the US, but his vision is perhaps too unrelentingly dark to achieve mainstream acceptance here. Thompson’s Marxist sympathies shine through in his savage critiques of America’s capitalistic positivism and that makes folks uneasy. So too does his insistence that criminal misfits and killers are not the monstrous others we’d like to believe; the ugly face of humanity is right there in the mirror if we’re willing to take an unflinching look. Indeed, Jordan Foster gets it exactly right in the title of her piece for Publishers Weekly: “The Killers Inside Us.” This is the mark of Thompson’s break from our post-Enlightenment pieties.

The French get Thompson, which is perhaps why we still use the French word noir to describe this sort of crime fiction. The best film adaptation of a Thompson novel is probably still Tavernier’s Coup de Torchon, which moves Pop. 1280 to French West Africa. As O’Brien writes in that afterward, the average reader of mystery fiction “wants his anxieties alleviated, not aroused,” which is why cozies are so popular with invalids and retirees. And perhaps it’s true that most crime fiction is essentially “conservative” in that it tends to resolve any rupture in the social order (such as murder or theft) by reasserting that order and ensuring that the lawless are appropriately punished. 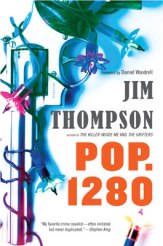 But Thompson doesn’t work that way.

A relentless experimenter in literary forms, he continually breaks genre conventions to claw through that paper-and-ink barrier that separates author and reader. The end of Savage Night is a case in point, but there are plenty of other examples. One of Thompson’s crazed narrators unravels so completely that divergent voices occupy alternating lines in the final pages of the novel.

Personally, I’m seizing on this excuse to refresh my memory of some favorite titles and revisit the ones I don’t recall as well. Thompson’s work always rewards multiple visits and he scarcely ever wrote a novel longer than 50,000 words.

Cheers to Mulholland for reissuing these novels with new forewords by a number of today’s best crime writers (with a few curious omissions). Here’s hoping Thompson gets under the skin of a whole new generation of readers. 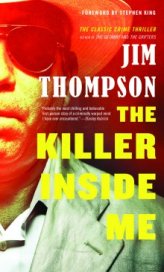